A Turn for the Worst - A Blog from Frank Proctor 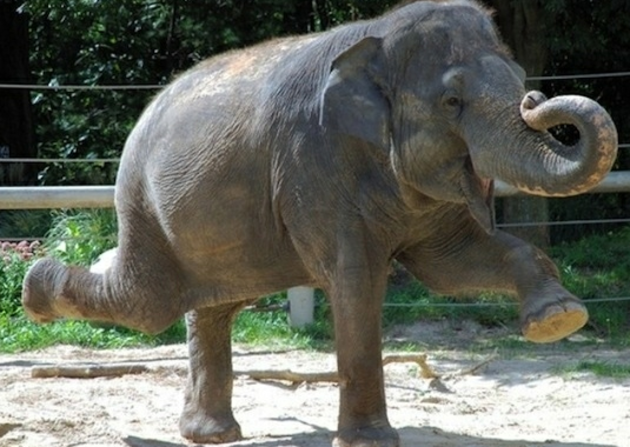 Have you ever been involved in what, at first, seemed to be a wonderful, fun and creative thing to do and have it explode embarrassingly in your face?

I have. Several times. There’s the time I tried to replace a lightbulb over an indoor swimming pool, while wearing a 3 piece suit, standing on some Styrofoam boards to gain height to unscrew the bulb and things not going well. Let’s just say, thank God I can swim.

But no, the event that stands out in my mind as one of the most embarrassing dates back a few years to when I was working at another radio station in Toronto and the owner of the station, one Allan Slaight, called me into the office one morning after my air shift and said, “Hey Frank, how would to like to ride an elephant in a parade tomorrow to welcome the circus into town? Could be a fun thing to talk to your listeners about” Hmmmm. Ride an elephant. And down Yonge street at the stroke of noon. Sounds Great..what could go wrong?”

So the next day I raced off to Maple Leaf Gardens to find my elephant and after getting lost in the bowels of the massive place and finding no elephant, I finally found one of the trainers who told me there was no way I could board the beast there. I had to run down Yonge Street a couple of blocks and flag my ride from the curb. And oh, did I mention that the promotion department had manufactured a big flag to be thrown over the back of the elephant boldly stating on each side “Frank Proctor” CFGM!!! Now the only thing I had to do was wait from my ride…Oh wait!! There’s my elephant!!! Walking behind Commander Tom of Channel 7 in Buffalo on his elephant and behind one lone solitary clown…my elephant. Where the hell did Commander Tom get on his ride? And is this the entire parade? Yes it was. Never mind..running into the street and yelling “That’s my elephant, the trainer leading him I thought was rather blasé about the whole thing. He taps the elephant on the shoulder with a stick and says “Down Simba” and sure enough Simba kneels down. I awkwardly climb aboard and suddenly remember my sign. A rather disgruntled trainer helps me throw the sign onto Simba’s back and we’re off to City Hall to be welcomed by representatives of the mayor’s office.

It was high noon when we approached the steps of City Hall and hundreds of people were now lining the street to take in this spectacle; many pointing and laughing. I don’t blame them. As an alderman was making welcoming remarks to the assembled crowd, I heard a distinct sound of rushing water…and it was coming from beneath my elephant!! I watched in horror as this wide yellow stream made its way through, now screaming secretaries and other office workers, who ran for the hills only to leave me astride my ride watching as the volume only seemed to increase. Finally, I’d had enough! I yelled to the trainer, “Get me down!!” And so after disembarking, I skulked away to find my car and drive back home and only too late I remembered my sign!!! Frank Proctor –CFGM!! It was still on the back of Simba. But at least I was home….high and dry.