Frank Proctor gets the Email of a Lifetime: Please Read - I am Your Daughter 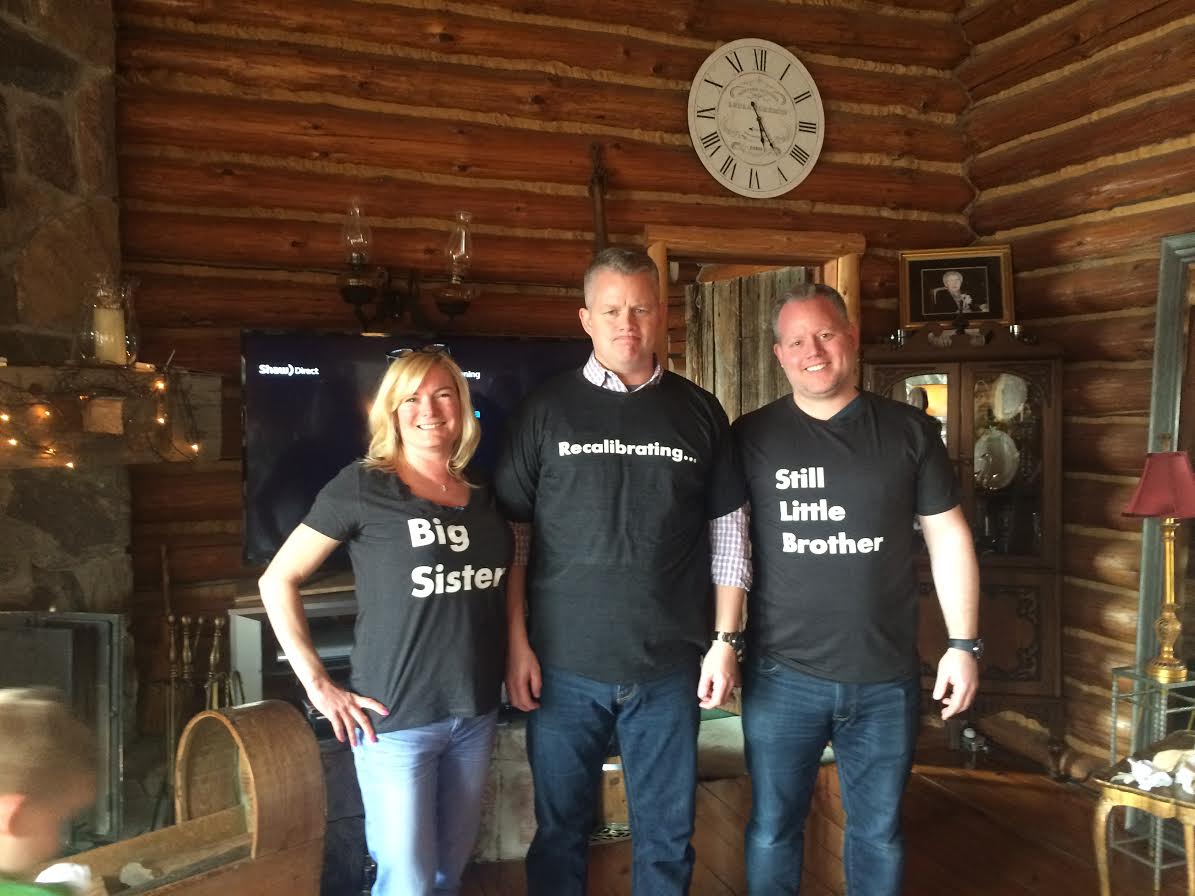 (Pictured: Nataschja and her new found brothers, Kelly and Toby)

This has been an incredible month. The story, for me, began on Wednesday, April 4th at the Rogers Centre after watching the Blue Jays lose. After the game I checked my e-mail and it read, “Please Read – I am your Daughter.”

Here is the story:

It was 1967 in London, Ontario, Canada. Juliana had emigrated from Holland and as it was for so many others, Canada represented a fresh start; an escape.

She had one friend here, Hans, who was Dutch as well. They shared a heritage and a language and for a time it seemed that perhaps a relationship would develop between them. That was until Hans confided in her that although she was a woman whom he loved very much it was the kind of love a young gay man had for a female friend. He couldn’t be her husband for this reason.

Now at this time Frank was a young, charismatic radio man; his ease with people was magnetic. A twinkle in the eye can speak volumes.

Chance saw Frank and Juliana on the same street-corner one day and youthful alacrity saw them spend a weekend together shortly thereafter.

In late 1967, that brief encounter with Frank, though fleeting, bore fruit and Juliana found herself alone in Canada, young and pregnant with no way of reaching him. A mutual friend was supposed to pass along an important message, but it failed to reach its destination.

Frank had no idea that he was to be a father.

With little options in front of her Juliana turned to her long-time confidant, Hans. Upon hearing this news and sensing the despair in her voice he literally sprinted to be by her side.

Selflessly, Hans assured her that she would not have to raise a child without a father. He stepped in and filled a void left by an unknowing man. He vowed to go to the Catholic Church so that he could learn how not to be gay, “Ja, this would be better for everyone,” he pronounced, as if convincing himself at the same time.

And life went on. Juliana had a family. Her daughter Nataschja grew up knowing a father in Hans who was funny and kind, loving and wise.

But Hans knew Nataschja would need to know the truth one day and after years passed that day finally came. There had been clues along the way, but now it was official; Nataschja didn’t know her biological father and as time went on she wanted that to change.

Secretly, Hans had been searching for him, without success.  He knew that someday she would want to know.

March 29, 2016, Alzheimer’s took its final toll and Hans was off ‘to better days.’  Two years later, the anniversary of Hans’ passing spurred Nataschja into action. It was time to know more. She was not searching for her dad, she’d had one… But there were questions left unanswered. The internet made Nataschja’s next quest relatively easy and soon she knew who ‘Frank’ was and how to contact him.

Should he respond in a less than enthusiastic fashion, Nataschja was prepared…

April 4, 2018, Nataschja sent an email to her biological father. The subject line read: ‘Please Read – I am your daughter.’

Frank, the radio man, now in his mid-seventies read and re-read the email.  Such information required clarity. He called both of his adult sons and had them vet the information.

Could it be true? Could he have a daughter from that illicit tryst so many years ago?

On April 9, 2018 Frank Proctor and Nataschja Storozuk were united at his home in Newmarket, Ontario.  Shortly thereafter, the families gathered to join in this most auspicious occasion.

Frank has a daughter.

His sons, Kelly and Toby have a sister.

Sisters-in-law, cousins, aunties and uncles all gathered, both in person and by FaceTime, and celebrated this wonderful new chapter in their collective lives.

Speaking on behalf of the Proctor family, what follows is dedicated to a man who I will never meet but for whom I have immense gratitude and admiration; Johan “Hans” Strybosch… ‘To Better Days’ indeed.

That was my son Kelly’s take on the events. The only thing I’ll add is the fact that when we gathered together that Monday to meet for the first time, it was Hans’ birthday.

Tasha and I either text or talk every day and she is going with me and Shirley this Monday Night to the Crystal Awards where I am nominated for an award. I’ll leave the story there but there WILL be other chapters to follow…

This Week on Theatre of the Mind: August 8th - 12th

This Week on Theatre of the Mind: August 1st - 5th