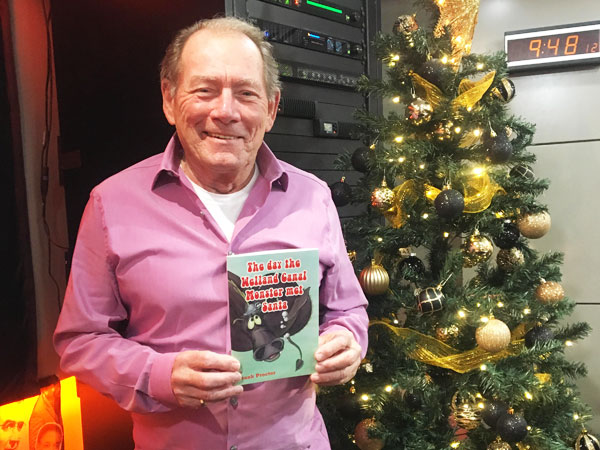 When I was asked to prepare a Christmas Eve program in 1978, I decided to write a story and produce it with all of the sound effects as well. That is when my book, The Day the Welland Canal Monster Met Santa was born! 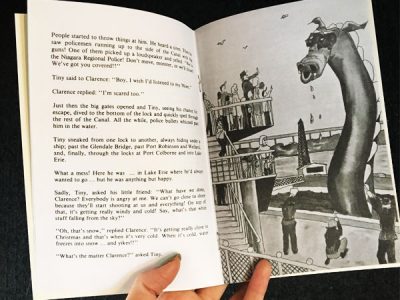 When I first performed the storyon CKTB little did I dream that there was a listener, a St Catharines musician who was tuned in to that broadcast and what he heard was the seed of a song that grew into a little ditty now familiar with many in the Niagara area….Pete Dowan is his name.

Peter was and is essentially a “Bubble Boy.” Without going into detail about the nature of his illnesses, he is a prisoner in his own home with his extremely weak immune system keeping him from the outside world where he is so susceptible to diseases of all kinds. In spite of it all, he and his wife Wendy present a cheerful outlook.

Pete asked me to come down to his basement studio to help record the song. My eldest son, Kelly was 10 and his younger brother Toby was 7. Kelly played drums on the recording and Toby was part of the background singers known as the Clamaphones; in honour of Clarence the Clam, one of the heroes of the story! Pete not only wrote all the music and sang lead, he also inserted many other instruments. Here is the song…

Now, every year the tale is told and the story is only enhanced by Pete’s cheerful little song. I hope listeners will keep tuned in to hear the complete song after I tell you the story of The Day the Welland Canal Monster Met Santa this Friday night at 10 o’clock on Theatre of the Mind. Merry Christmas!

If you’d like to purchase your own copy of the book The Day the Welland Canal Monster met Santa you can email Frank directly at [email protected].

This Week on Theatre of the Mind: January 3rd - 7th