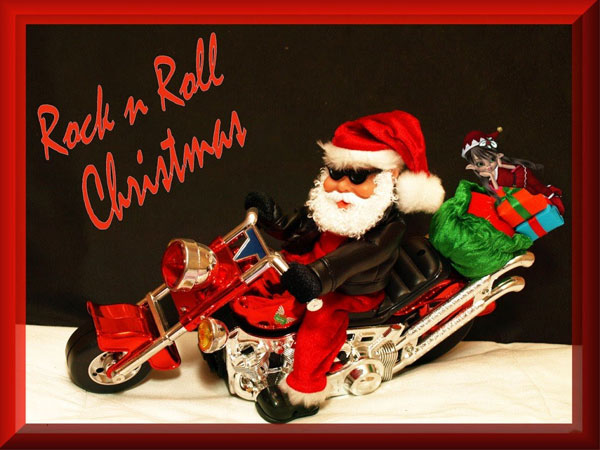 They’ve been tracking Christmas records on the pop charts since 1934 when Guy Lombardo first put ‘Winter Wonderland’ into the top ten – and I did a special feature on the evolution of ‘the Christmas Hit’ a few years ago. But this month marks the 60th anniversary of the first rock’n’roll Christmas record. Appropriately enough, it was ‘The King’ – ‘Elvis’ Christmas Album’ that was released in December 1957. That opened the flood gates to a whole new kind of Christmas song – with a rock’n’roll beat. I’ll spotlight the best of these from the 50s, 60s and 70s in the first hour of ‘Vintage Favourites’ this Sunday 2-3pm.

Then, I hope you’ll permit a little indulgence – when I play you my three personal favourite rock’n’roll Christmas songs right after 3 o’clock. I’ll give you a hint: they’ll touch on the season’s universal themes of peace, love, and joy – one to each song.

After that a special edition of ‘Vintage Canadiana – Christmas style’, with a dozen of our best Zoomer Radio friends – including Bobby Curtola, Ronnie Hawkins, John McDermott, Matt Dusk, Jann Arden and Amy Sky, and others. The McDermott song will take us back to the trenches of World War One – with goosebumps.

So – ‘have yourself a merry little Christmas’ !