A Tribute to ROY ORBISON: 30 Years Since His Death 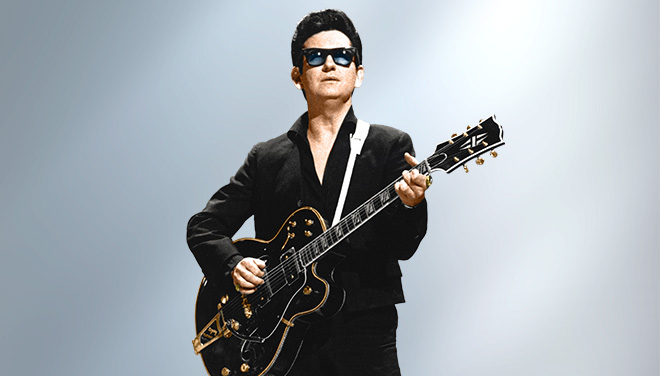 Roy Orbison was always one of my favourite singers, and I remember a certain ‘glow’ I felt meeting him backstage at the Royal York Imperial Room years ago – in those pre-selfie days. To this day, when an Orbison song comes on the radio – it seems to jump out of the speakers, and I stop to listen. What a voice – truly one of popular music’s all-time best. Of course his arrangements – often operatic and not typical ‘pop’ – were a big part of his sound.

It’s 30 years since his sudden death on December 6th, 1988 – where has the time gone ? I’ve put together a very special one-hour tribute, and if you’re a fan, please join me, this Sunday at 2. I’ll play songs from his mid-50s days at SUN, through many of his ’60s classics, and his remarkable comeback in the late 80s. I’ll even play you the very last song he performed at his final show, two days before his death.

I’m going to guess if you like Roy, you probably like Elvis as well. Once upon a time they were both at SUN Records, and both had career slides before making their comebacks. For Elvis, it may be the biggest comeback in show-business history – when he quit the movies, and stormed back to the concert stages in the 1970s. That ‘comeback’ began with his NBC-TV special aired in December 1968 … and I’ll have three highlights from that show exactly 50 years later.

Plus birthday salutes to three terrific Canadian stars: Andy Kim, Blue Rodeo’s Jim Cuddy and Serena Ryder. Quite a show – this Sunday from 2:00 to 4:30, on Zoomer Radio. Cheers.