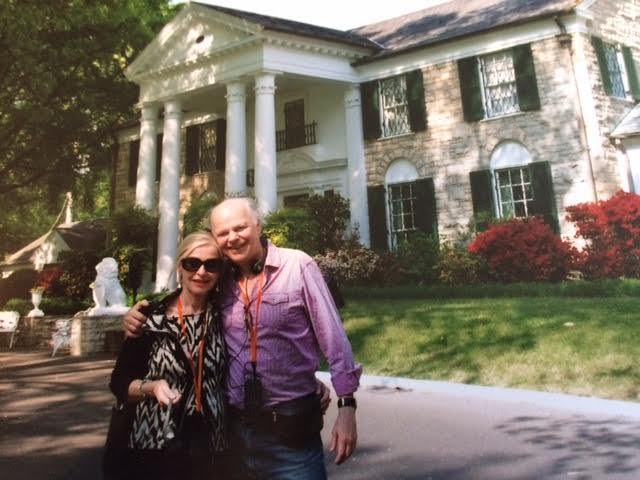 This final weekend of July brings us the 25th annual Collingwood ElvisFest – ‘the world’s largest annual Elvis Tribute Artists’ competition’. It’s been our pleasure at Zoomer Radio to be media sponsor for this outstanding event for many years, and again this year, our personalities will be MCing various performances, and our Zoomer Tent will again be there in the middle of all the street-action. For me this year’s edition is very special; Trudy and I met at ElvisFest ten years ago in 2009 – so this weekend marks our tenth anniversary – and where else would we be?  We’ve returned every year and look forward to it again.

As for ‘Vintage Favourites‘ I usually do a special Elvis theme this weekend. All those ‘ETA’s (Elvis Tribute Artists) remind me that almost from Presley’s beginnings, he made such a huge impact on the music scene, that there were many other singers trying to imitate him. Some were very successful and developed into stars – like Conway Twitty, Gene Vincent and Cliff Richard. Others had a brief moment in the spotlight before fading away – like Ral Donner, Terry Stafford and Joe Dowell. There were those who cut parody records; there were the Canadians – many now forgotten. And there were even some women – like Wanda Jackson and Janis Martin. I’ve gathered two dozen of the best and most interesting of the ‘Elvis Sound-alikes’ for Elvis fans this Sunday.

We’ll start right off the bat during ‘The Fabulous Fifties – and Beyond’ between 2-3pm., and continue with more till 4. I’ll also continue our year-long feature on ‘the greatest groups of our time – in alphabetical order’, with The Miracles – Smokey Robinson’s legendary Motown group. And I’ll wrap things up in the final half hour (4:00-4:30) with a birthday salute to Paul Anka. Sounds like a good one – I hope you’ll tune in to ‘Vintage Favourites’ this Sunday at 2pm., on Zoomer Radio.