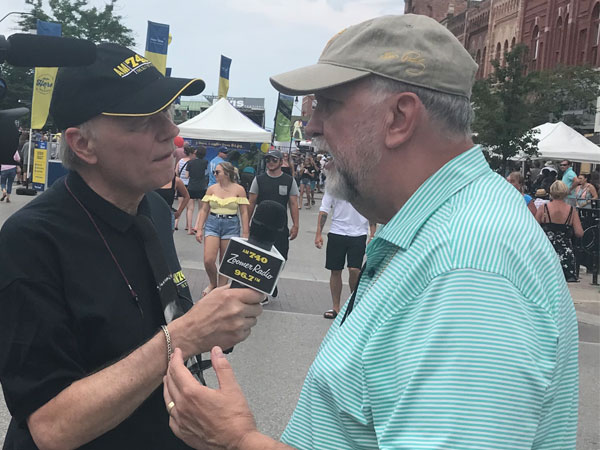 ‘Vintage Favourites‘ host *Gene Stevens spoke with Sam Thompson at the recent Collingwood ‘ElvisFest’ about ‘the last days of The King’.

Presley died August 16th, 1977 – 42 years ago, at the age of 42 – in his Graceland mansion in Memphis. Sam’s sister Linda Thompson was Presley’s live-in girlfriend for four-and-a-half years during the 1970s. Sam was a Memphis police officer with experience in providing personal security services and, as Linda’s friendship grew with Elvis, Sam was drawn into the King’s ‘inner circle’. When Presley fired his security team in 1976, Sam Thompson became his personal bodyguard, as well as the official security escort to Presley’s daughter Lisa-Marie.  Sam handled many of the details around Elvis’ funeral – including guarding The King’s body in the open casket overnight at Graceland before the funeral.

Listen for the complete conversation Gene had with Sam Thompson – including his life after Elvis, and his sister’s career as songwriter partner and wife to David Foster.