The Comeback King, A look at Elvis in the '70s 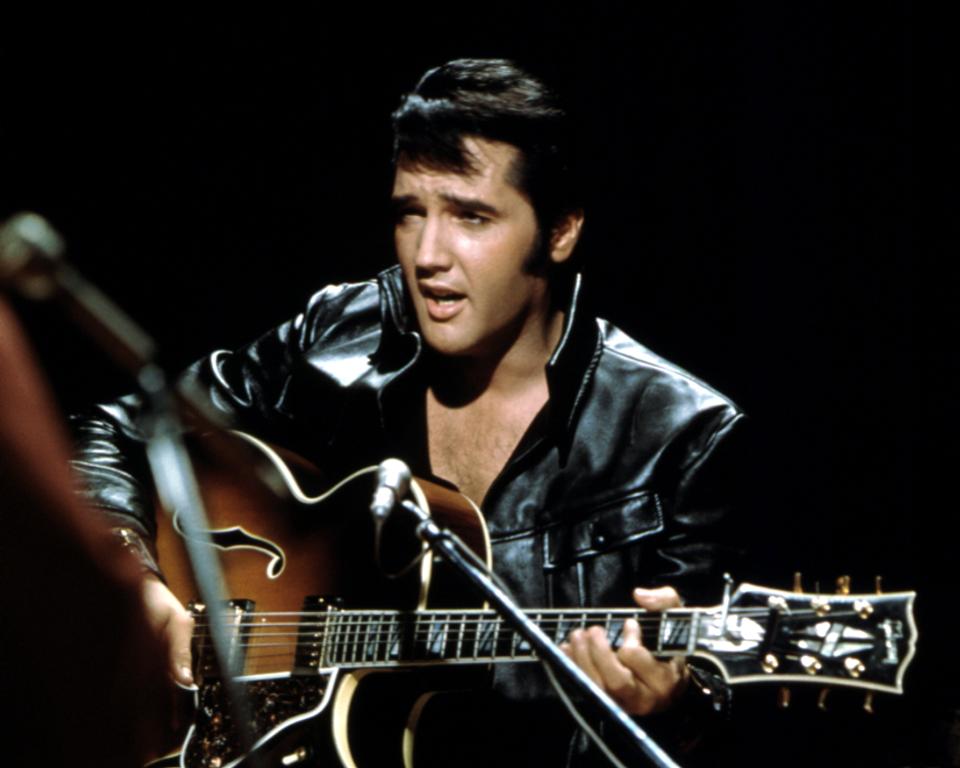 This year has been packed with remarkable 50th anniversary moments, such as the Apollo 11 moon landing, Woodstock, the Toronto Rock’n’Roll Revival, the Beatles’ ‘Abbey Road’ release, and iconic albums by The Band and The Guess Who. And each of those anniversaries has been featured in various ‘Vintage Favourites’ episodes. Except for the moon landing, none of the other events were considered especially noteworthy at the time, in 1969. We had no idea that 50 years later we’d look back on these landmark events as essential moments of our lives.

There was another milestone 50 years ago this week that’s well worth saluting. ‘Suspicious Minds’ went to #1 in the first week of November, 1969, capping off Elvis Presley’s incredible comeback. Some call it the greatest comeback in music history – and it’s hard to argue that. ‘The King’ had long ago faded from his high perch atop the music landscape, earned during his 1950s breakthrough, and further burnished upon his return from the Army and a maturing in the early 60s. But as we know, the long stretch of ever-worsening Hollywood B-movies during the 60s – a decade of tumultuous change – relegated Presley to a near has-been status, especially among the younger generation. Next to the Beatles, Stones, Dylan and psychedelic folk-rock, Elvis was ‘old news’.

But the ‘NBC Comeback TV Special’ broadcast in December 1968 began an unexpected and thrilling return. First came a new, more socially conscious, pair of hit songs: ‘If I Can Dream’ and ‘In the Ghetto’ – they signaled a ‘new Elvis’, hip to the realities of the moment, and ready to walk away from the Hollywood trap of the 31 films he made in little over a decade. Elvis went back to record in Memphis for the first time since the 1950s, and he returned to the live concert stage. Except for his on-screen image in those movies, Elvis had been unavailable and unseen by his fans. So, the welcome he received from adoring fans – from his Vegas shows, to the tours that took him to every corner of America – was impressive and inspiring. With every show, the exhaustion was matched by the exhilaration of live performance. ‘Elvis in the 70s’ is my focus on the next Vintage Favourites – with his classic comeback hits including ‘Suspicious Minds’ – his 18th and final chart-topper.

I’ll also have spotlights on The Supremes – the next in my year-long feature of the ‘greatest groups of our time – in alphabetical order’, and a 60th birthday salute to our Zoomer pal – Bryan Adams. Bryan has photographed numerous cover subjects in Zoomer Magazine over the past decade. And, as always, I’ll begin the show with an hour of music from ‘The Fabulous Fifties – and Beyond’. Join me for the next ‘Vintage Favourites’ this Sunday between 2:00 and 4:30pm. Cheers.