This Week on Vintage Favourites: May 2 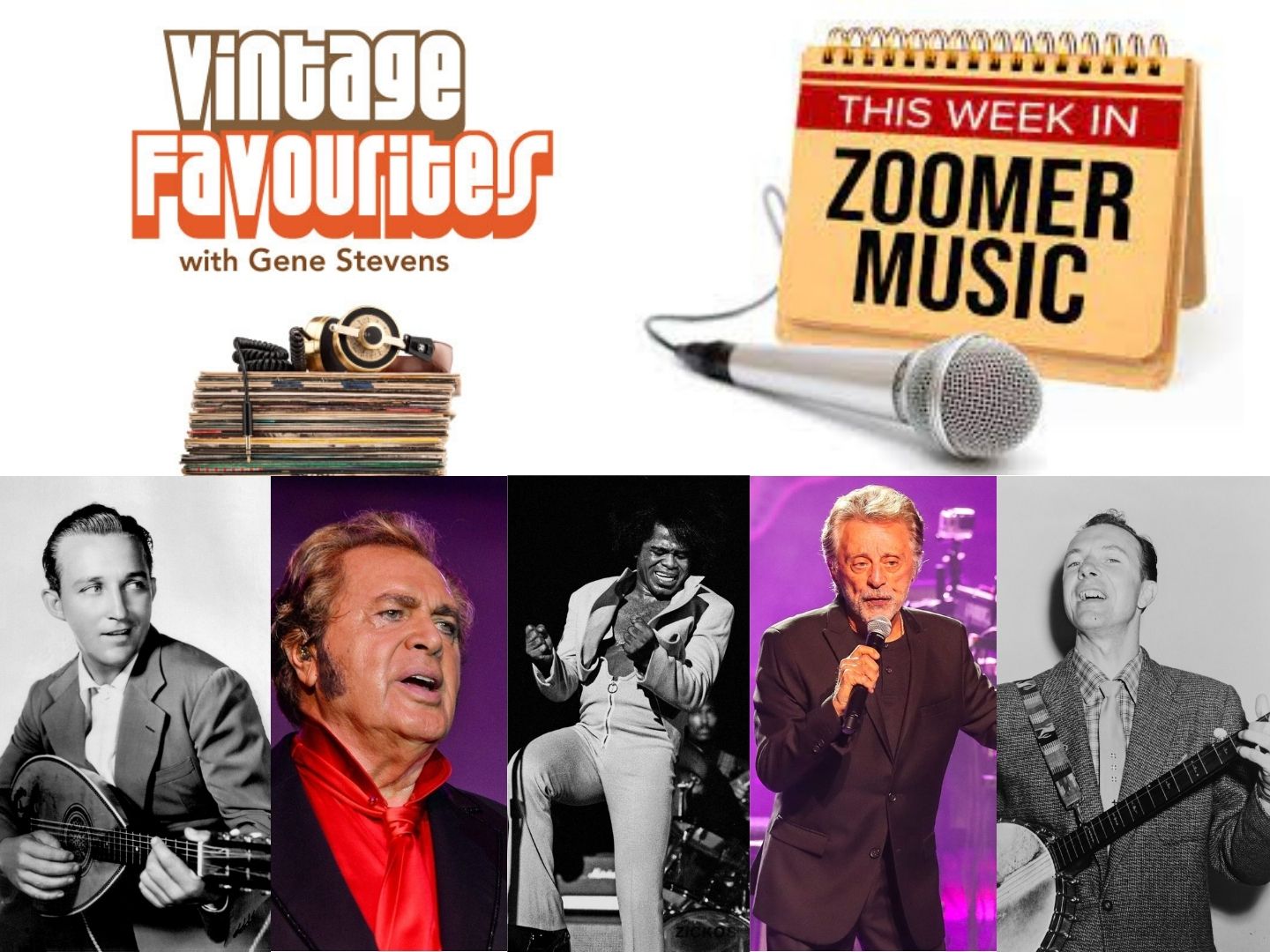 It’s not unusual to find a couple major stars sharing the same birthdate, but May 3rd boasts of not only 4 stars – but 4 iconic legendary superstars ! Each is/was a giant in their respective music genres. Frankie Valli led America’s most successful male vocal group of the 60s – The Four Seasons; his distinctive falsetto helped ‘The Jersey Boys’ put four dozen songs on the pop charts. James Brown wasn’t just ‘the hardest working man in show-business‘ – he was ‘The Godfather of Soul‘ and a pioneer of funk, with over 100 charting hits. And Pete Seeger ? He was the important link between the traditional folk music era and the modern folk-rock age; the link between Woody Guthrie and Bob Dylan; the man who gave us such classics as ‘Turn Turn Turn‘, ‘Where Have All the Flowers Gone‘, ‘We Shall Overcome‘ and ‘If I Had a Hammer‘. As for Bing Crosby – well, he was only the biggest music superstar of the first half of the 20th century. They were each born on May 3rd.

Oh – let’s not forget Engelbert Humperdinck, turning 85 this May 2nd – I’ll include him in this ‘Birthday-Palooza’ celebration too.

There’s plenty of birthday cake – so I hope you’ll drop in. That’s ‘Vintage Favourites’ THIS Sunday – May 2nd. Cheers.