The "Come From Away" Controversy: Much Ado About Nothing 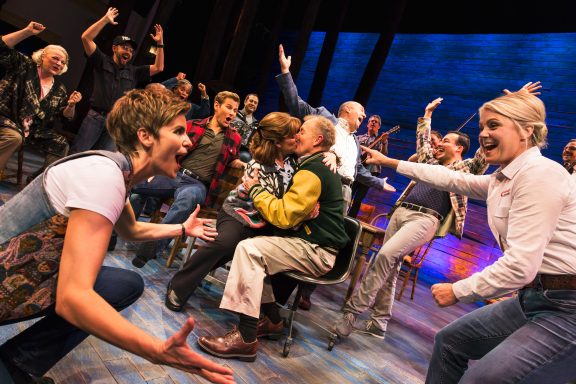 Over the weekend, news emerged that Global Affairs Canada had purchased 600 tickets for diplomats and perhaps FOJ (Friends Of Justin) to attend the runaway hit musical, Come From Away, when it began its Broadway run back in March.

The 600 tickets ended up costing Canadian taxpayers nearly $30,000 so that the Prime Minister could continue an American outreach initiative to rub elbows with the likes of Former Prime Minister Jean Chretien, US Ambassador to the UN Nikki Haley, diplomats from Kuwait, Serbia, Qatar, and oh yes, Ivanka Trump.

And whether it’s the mention of Ivanka Trump, or simply partisan efforts to play “Gotcha” with Trudeau’s handling of the public purse, the evening appears to have ruffled a few feathers, including those of (surprise) Conservative MP Alex Nuttall.

If I might be so bold as to toss in a thought or two on this “controversy”, let’s compare and contrast, in order to give this expenditure some context as we try to establish its significance in history.

For example, let’s look at the $875,000 the Government gave to a meat company in Brampton to fund the development of a sausage that wouldn’t split when you microwave it.

Or perhaps we look at the $170,000 that Ontario’s Municipal Property Assessment Corporation spent in one day on a “team-building” event that included teaching Corporation bigwigs how to play with Lego.

Something of a similar dollar amount?  Okay… well, the hotel bill alone cost us $30,000 in 2007 when Senator Colin Kenny spent an entire week in Dubai so he could attend a three-hour meeting.

…and dare I bring up the words, “Fake Lake”?

I’m not saying that I’m fine with the idea of politicians stealing our money and wasting it on garbage that we didn’t sign off on. I’m not fine with it at all. But when you put it in context, I’m not sure that showing a group of well-heeled Americans a two-hour commercial for Canada really meets the standard for “outrage”, does it?

If you didn’t get a chance to see Come From Away when it was here in Toronto, you get another chance in February of 2018 when a little piece of Gander returns by popular demand to The Royal Alexandra Theatre.

If you’re one of those who took exception to the Prime Minister taking bigwigs and business executives to a Broadway show on the public dime, I’d encourage you to see the show first and then reconsider.  A few minutes in, it had replaced The Phantom Of The Opera as my all-time favorite musical – no easy feat, considering I’m the guy who walked out in the middle of Cats.

Come From Away features the real-life stories taken from the events surrounding 9/11, when dozens of airborne flights were diverted to Gander, Newfoundland as the world tried to figure out what had just happened, and what was coming next. It’s a story that has Americans talking about how wonderful Canada is, and what great friends and neighbors Canadians are, at a time when their President is in need of a refresher.

In 2012, the Government’s “Economic Action Plan” TV commercials – where Ottawa told Canadians how great the Federal Government is – cost us nearly $15 million.  For that kind of money, we could have taken everybody with a Goverment job in DC to Come From Away; then, we might actually be getting somewhere.