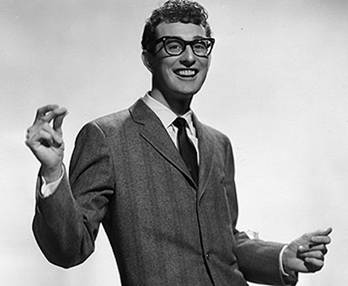 9. Not Fade Away – 1957 classic by the Crickets-later became a Rolling Stones’ hit