Women's College Hospital Foundation Thanks Donors for $77 Million Towards Hospital 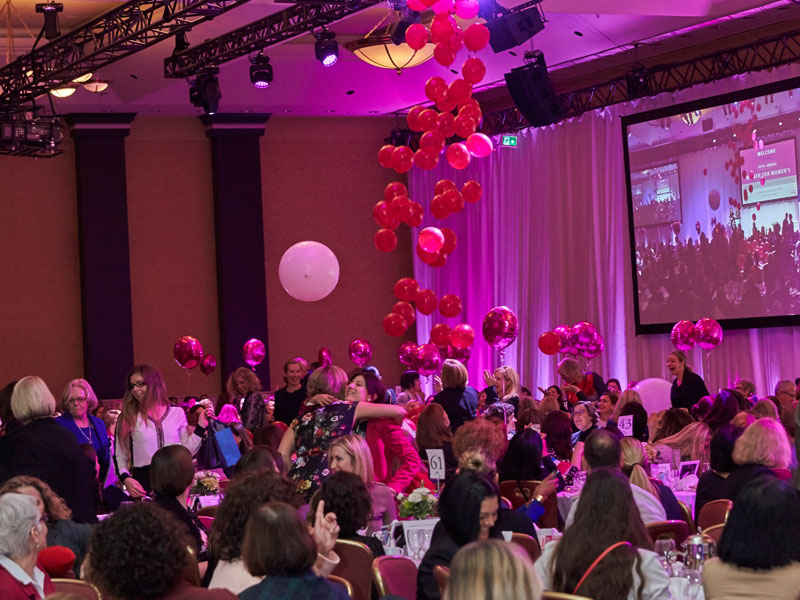 In 2006, Women’s College Hospital Foundation launched a major fundraising campaign to help build a new facility for the hospital. The goal was to establish a state-of-the-art institution designed unlike any other that will strengthen their position as a world leader in the health of women and help to solve some of the most pressing challenges facing our healthcare system today.

Well, mission accomplished! With a goal of $70 million, this was the largest fundraising campaign in the history of Women’s College Hospital Foundation. That goal was well-surpassed this spring when WCHF hit $77 million in donations. Since launching this initiative, a community of 22,000 donors have contributed to the campaign, and dozens of passionate volunteers have worked steadily at the heart and soul of WCH.

Traditionally, up to 50% of a campaign’s goal is achieved through major gifts from a few “mega-donors.” This wasn’t the case with the campaign for the new Women’s College Hospital; it was won thanks to a groundswell of 22,000 donors who rallied together in support of better healthcare for women.

This holiday season, WCHF wants to celebrate and recognize donors for helping achieve an incredible fundraising goal- $77 million raised to help build the hospital of the future.

Notable volunteer names: Ed Clark, former Pres & CEO, TD Bank Group is WCHF’s honorary foundation chair and was instrumental in bringing some of the biggest campaign donors on board.

Donors can still continue their contributions and help change the future of women’s healthcare by donating to wchf.ca.

Photos from WCHF’s annual Women for Women’s event which is a contributor to the overall 77M raised can be found here.