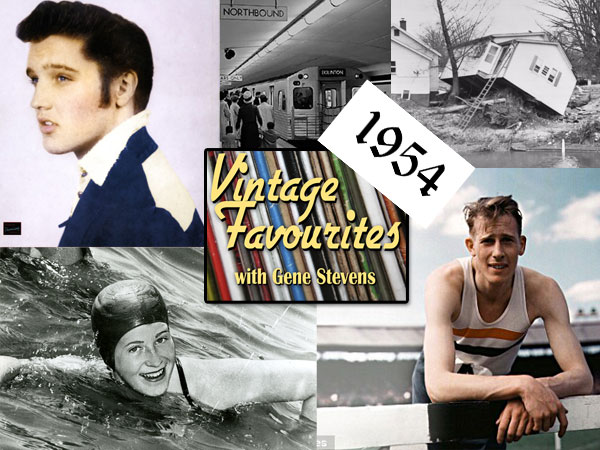 Hi, I’m Gene Stevens, and here’s what’s coming up on the next ‘Vintage Favourites’.

Plus: Roger Bannister broke the 4-minute mile, Hitchcock showed us ‘Rear Window’, and a Memphis recording studio became ‘the big bang of rock’n’roll’.

1954 … plus a birthday salute to Cole Porter and the City of Hamilton … all on the next ‘Vintage Favourites’ this Sunday at 2, from Zoomer Radio !