Who is Mr. Gorsky? - A Blog From Frank proctor 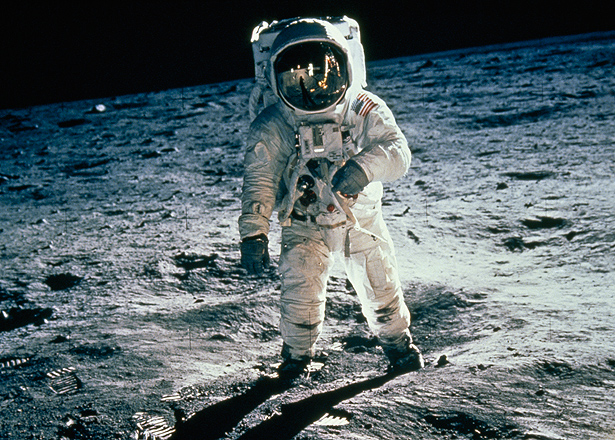 A little known secret is that not all of the pithy and brilliant comments made by those behind the microphones are really the announcer’s original thoughts. No, sometimes we use material sent to use by listeners. With the celebrations for Canada’s 150 in full swing, and the thoughts of our country’s contribution of the development of the Canada Arm for the international space station, I thought I’d pay tribute to a couple of our listeners who have taken the time to send me all sorts of useful material. So, thank you Cal and Irene Thompson for this little tidbit of wonderful trivia…

On July 20th, 1969, as commander of the Apollo 11 lunar module, Neil Armstrong was the first person to set foot on the moon. His first words after stepping on the moon, “That’s one small step for man, one giant leap for Mankind” were televised to earth and heard by millions. But just before he re-entered the Lander, he made the enigmatic remark “Good Luck, Mr. Gorsky.” Many People at NASA thought it was a casual remark concerning some rival Soviet Cosmonaut. However, there was no Gorsky in either the Russian or American space programs.

Over the year, many people questioned Armstrong as to what the “Good Luck Mr. Gorsky meant, but Armstrong always just smiled. On July 5th, 1995, in Tampa Bay, Florida, while answering questions following a speech, a reporter brought up the same 26 year-old question about Mr. Gorsky to Armstrong. This time, he finally responded because Mr. Gorsky had just died, so Neil Armstrong felt he could now answer the question. Here is the answer to “Who was Mr. Gorsky?”

In 1938, when Armstrong was a kid in a small mid-western town, he was playing baseball with a friend in the backyard. His friend hit the ball, which landed in his neighbour’s yard by their bedroom window. His neighbours were Mr. and Mrs. Gorsky. As he leaned down to pick up the ball, young Armstrong heard Mrs. Gorsky shouting at Mr. Gorsky, “SEX! YOU WANT SEX? YOU’LL GET SEX WHEN THE KID NEXT DOOR WALKS ON THE MOON!!” It broke the place up.

Neil Armstrong’s family confirmed that this is a true story.

I hope you enjoyed that as much as I did. And thank you in advance to all the listeners who make us look more clever than we really are.