Proud Sponsor of these Fall Events... 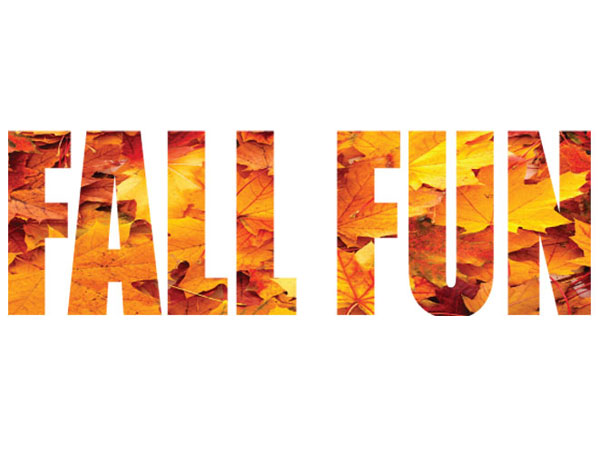 THE SHAW FESTIVAL
On Now to October 15
Zoomer Radio is the Official Radio Sponsor of The Shaw Festival 2017 Season at Niagara-On-The-Lake. This year’s World-class theatre line-up includes 11 plays on 4 stages. See “Dracula”, “Me and My Girl”, “Saint Joan” and more. To check out their complete schedule or to order tickets go to shawfest.com or call 1-800-511-SHAW.

TIFF CINEMATHEQUE
On Now to March 18, 2018
Zoomer Radio is the Media Partner of TIFF’s Cinematheque programme. A year-round programme at the TIFF Bell Lightbox devoted to film classics and favourites, rarities and recent restorations. This fall TIFF Cinematheque presents retrospectives on some of the most exciting filmmakers working today — Denis Villeneuve, Sofia Coppola and Johnnie. For tickets and info go to tiff.net.

TO CANADA WITH LOVE
On Now to December 31
Zoomer Radio is the “Official Radio Sponsor” of the “City of Toronto Historic Sites TO Canada With Love” programming in celebration of Canada’s 150th birthday. It’s a year-long program of celebrations, commemorations and exhibitions honouring Canada’s 150th birthday. A rich tapestry of museum-produced events taking place across the city throughout 2017. For more information and a list of events go to toronto.ca/canada150

WAITING FOR GODOT
September 8 to October 7
Zoomer Radio is the “Official Radio Sponsor” of Soulpepper’s production of Waiting for Godot. On a bare road in the middle of nowhere, two world-weary friends wait, speculating, quarreling, joking and pondering life’s greater questions. As dusk approaches, two figures appear on the horizon. This fall, Soulpepper revisits one of the most significant plays of the 20th century. On stage September 8 at the Young Centre for the Performing Arts in the Distillery Historic District. For tickets call (416) 866-8666 or visit soulpepper.ca.

PICTURE THIS
September 9 to October 7
Zoomer Radio is the “Official Radio Sponsor” of Soulpepper’s World Premiere of Picture This. For a group of struggling artists, a visiting Hollywood producer could be the key to a glamorous career in show business. Their dreams all hinge on filming a Napoleonic saga, with thousands of extras… in just two weeks. From the team behind Soulpepper’s Parfumerie, comes a new comedy of epic proportions. On stage September 9 at the Young Centre for the Performing Arts in the Distillery Historic District. For tickets call (416) 866-8666 or visit soulpepper.ca. 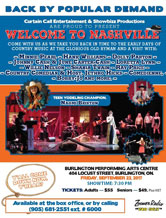 WELCOME TO NASHVILLE
September 22
Come with us as we take you back in time to the early days of country music at the glorious Old Ryman and a visit with: Minnie Pearl, Hank Williams, Dolly Parton, Johnny Cash & June Carter-Cash, Loretta Lynn, Willie Nelson, Shania Twain, Ray Price, Country comedian & host – Jethro Hicks, Comedienne, Bobby-Jo and more! At the Burlington Performing Arts Centre on Friday, September 22 at 7:30 PM. Tickets are available at the box office or by calling (905) 681-2551 ext. #6000

LIFE AFTER
September 23 to October 22
Zoomer Radio is the “Official Radio Sponsor” of Life After – September 23 to October 22 at The Berkeley Street Theatre. Life After is a funny and frank story of love, loss and vivid imagination from Britta Johnson, one of the most exciting new voices in Canadian musical theatre. An expanded production of the 2016 Toronto Fringe hit with an all-star, all-Canadian cast it is the must-see opener of Canadian Stage’s 30th anniversary season. For information or tickets call (416) 368-3110 or go to canadianstage.com.

THE WORD ON THE STREET BOOK & MAGAZINE FESTIVAL
September 24
Zoomer Radio is a proud “Radio Sponsor” of The Word On The Street Toronto – Sunday September 24 from 11 am to 6 pm at Harbourfront Centre. It’s Canada’s largest book and magazine festival. Enjoy over 200 authors and presenters as they join hundreds of publishers, booksellers and exhibitors for this free outdoor celebration of the written word. For more Information go to thewordonthestreet.ca.

MUSIC OF JOHN WILLIAMS
October 3 to 5
Zoomer Radio is the “Official Media Partner” of the TSO’s Pops Series sponsored by Air Canada. Coming up next is “Music of John Williams”…October 3 – 5 at Roy Thomson Hall. For decades he’s been providing memorable themes for an incredible lineup of classic movies including you favourite Williams themes…Star Wars series, E.T. , Jaws, Raiders of the Lost Ark, Jurassic Park, Schindler’s List, and more, conducted by TSO Principal Pops Conductor Steven Reineke. For more information or to order tickets visit TSO.CA or call 416.293.1285.

ZOOMERSHOW TORONTO 2017
October 29 to 30
It’s the 10th Year Anniversary of The ZoomerShow, featuring the British Isles Zone. The ZoomerShow is Canada’s largest National consumer show and lifestyle expo for men and women 45+. Health, money, travel, lifestyle… if it’s hot, if it’s important, if it can benefit you, it’s at the ZoomerShow. Find the latest trends, the newest products and services, all focused on you and your needs. At the Enercare Centre – Hall A, 100 Princes’ BLVD. For tickets visit: zoomershow.com

THE GOAT OR, WHO IS SYLVIA?
November 1 to November 18
Zoomer Radio is the “Official Radio Sponsor” of Soulpepper’s production of The Goat or, Who is Sylvia? A shocking play about marital infidelity and the devastation of a family. America’s great provocateur, Edward Albee, invites us to a contemporary Greek tragedy with his trademark subversive humour. On stage November 1 at the Young Centre for the Performing Arts in the Historic District. For tickets call (416) 866-8666 or visit soulpepper.ca.

THE ROYAL AGRICULTURAL WINTER FAIR
November 3 to 12
Zoomer Radio is the “Official Radio Sponsor” of the spectacular 2017 Royal Horse Show at The Royal Agricultural Winter Fair from November 3 to 12 at Exhibition Place. The Fair is a full day of fun with family entertainment including 5,000 animals, hundreds of daily activities, food, live music, 350 vendors, the PC Animal Theatre and more. The Horse Show program features Olympic caliber riders and horses from around the globe competing for top honors. For information or to purchase tickets go to www.royalfair.org.

TRIPTYQUE
November 15 to 19
Zoomer Radio is the “Official Radio Sponsor” of “Triptyque”…November 15 to 19 at The Bluma Appel Theatre. From The 7 Fingers, the world-renowned Quebec troupe behind Cuisine and Confessions, comes a captivating triple bill fusing circus and contemporary dance from three internationally acclaimed choreographers. For information or tickets call (416) 368-3110 or go to canadianstage.com.

THE ZOOMER RADIO PET OF THE WEEK
We’re proud sponsors of The Toronto Humane Society and each week we highlight a different pet who is in need of finding it’s “forever home”. Check our website every Monday for each weeks updated pet or learn more about the adoption process by visiting torontohumanesociety.com.