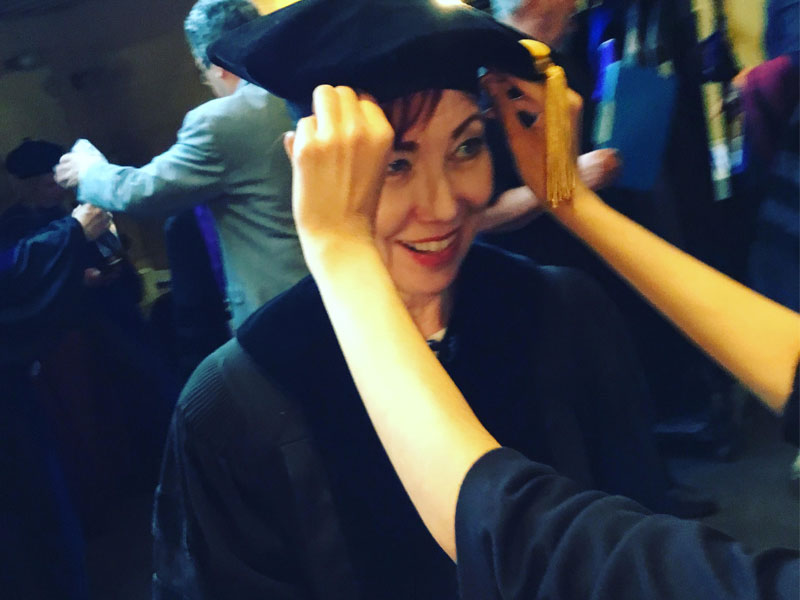 It’s a very special time of year for university students as commencement ceremonies take place across Canada and the United States.

Thursday night at Niagara University in Lewiston New York, the commencement featured our very own Libby Znaimer as keynote speaker, who was honoured with the university’s highest degree.

Libby is a two time cancer survivor and spokesperson for Pancreatic Cancer Canada. She addressed the gathering of 180 Masters and PhD recipients and their families.

“As a survivor with a media platform, I was in a perfect position to make a difference. I found the only organization in Canada that was dedicated to pancreatic cancer. It was tiny and entirely run by a couple of volunteers. Since I got involved, it has grown into a modern professional charity that is central to funding research and advancing the cause. Nothing that I have ever done has given me a greater sense of accomplishment. So while you’re building your families and your careers, get involved with your community. It may end up being the most meaningful work that you do,” Libby told the graduates.

Also receiving an honourary doctorate from Niagara University this year, American journalist John Quinones, host of ABC’s What Would You Do?