The ZoomerPlex is open for Doors Open Toronto! 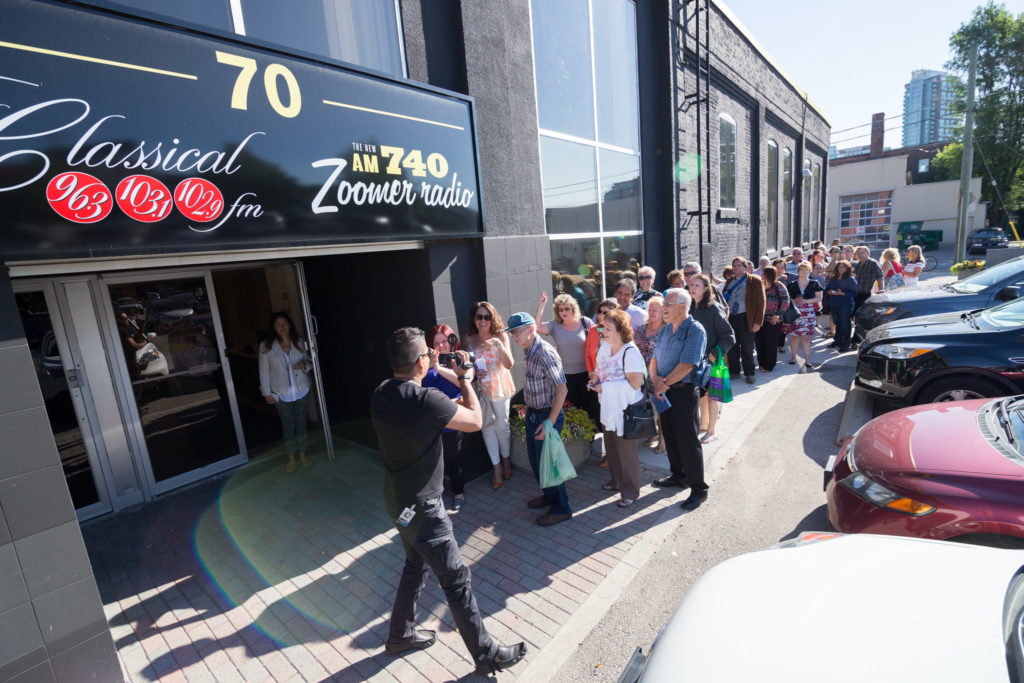 Zoomer Radio invites everyone to Doors Open Toronto on Saturday May 25 and Sunday, May 26 from 10 am – 5 pm. Come down to The ZoomerPlex in Liberty Village – 70 Jefferson Avenue – There’s free parking!

Tour the Zoomer Radio and Classical FM studios and meet your favourite on air jocks!

…and Frank Proctor who will be broadcasting Live in The City
on Saturday from 1:30pm – 3:30pm!

So come by and say hi, grab a FREE ICE CREAM TREAT and don’t forget to sign up to The Zoomer Radio Fan Club and receive your free limited edition Zoomer Radio key chain and qualify to win an all-inclusive trip-for-two to Mexico.

Be the first to see the new exhibit John Logie Baird: The First Father of Television.

And check out Forgotten Genius: The Boy Who Invented Electronic Television, an exhibit honouring Philo T. Farnsworth that the Toronto Star called, “the most significant television exhibit in North America.”

Free parking on site/accessible by TTC