Here's What Made the Woodstock Poster So Iconic 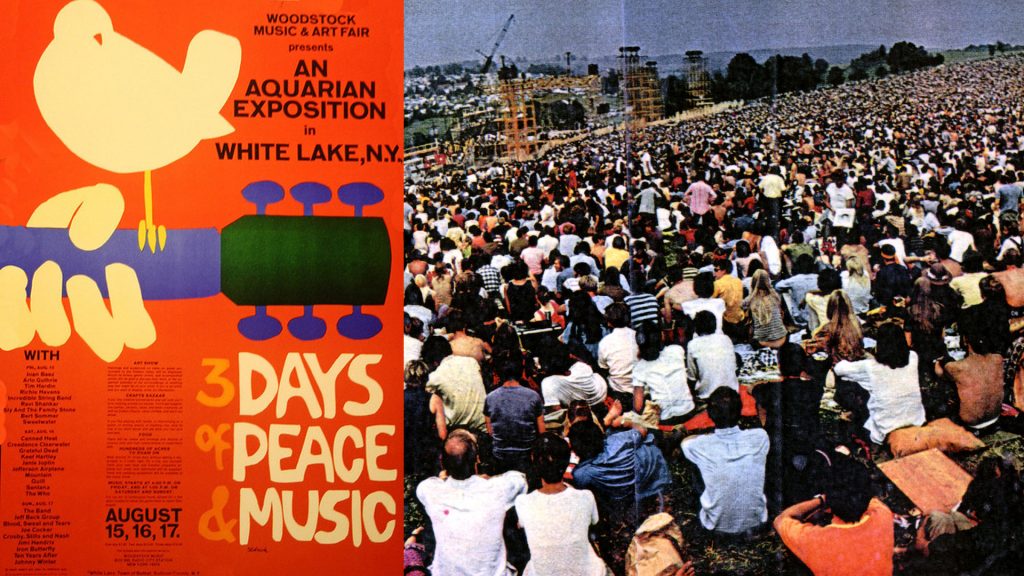 A cartoon rendering of a white dove, perched atop a blue and green guitar, set against a background of bright red. Very much the look of 1969.

New York graphic designer Arnold Skolnik got the order from the promoters on a Thursday and delivered the final poster on Monday.

In the hippie spirit of equality, all the performers were listed in the same size-font, in alphabetical order.

Fifty years later, nobody remembers much else that the poster promised. Such as the art show, the crafts bazaar, and the wide open spaces.

Especially the wide open spaces. Because no one expected half a million people. 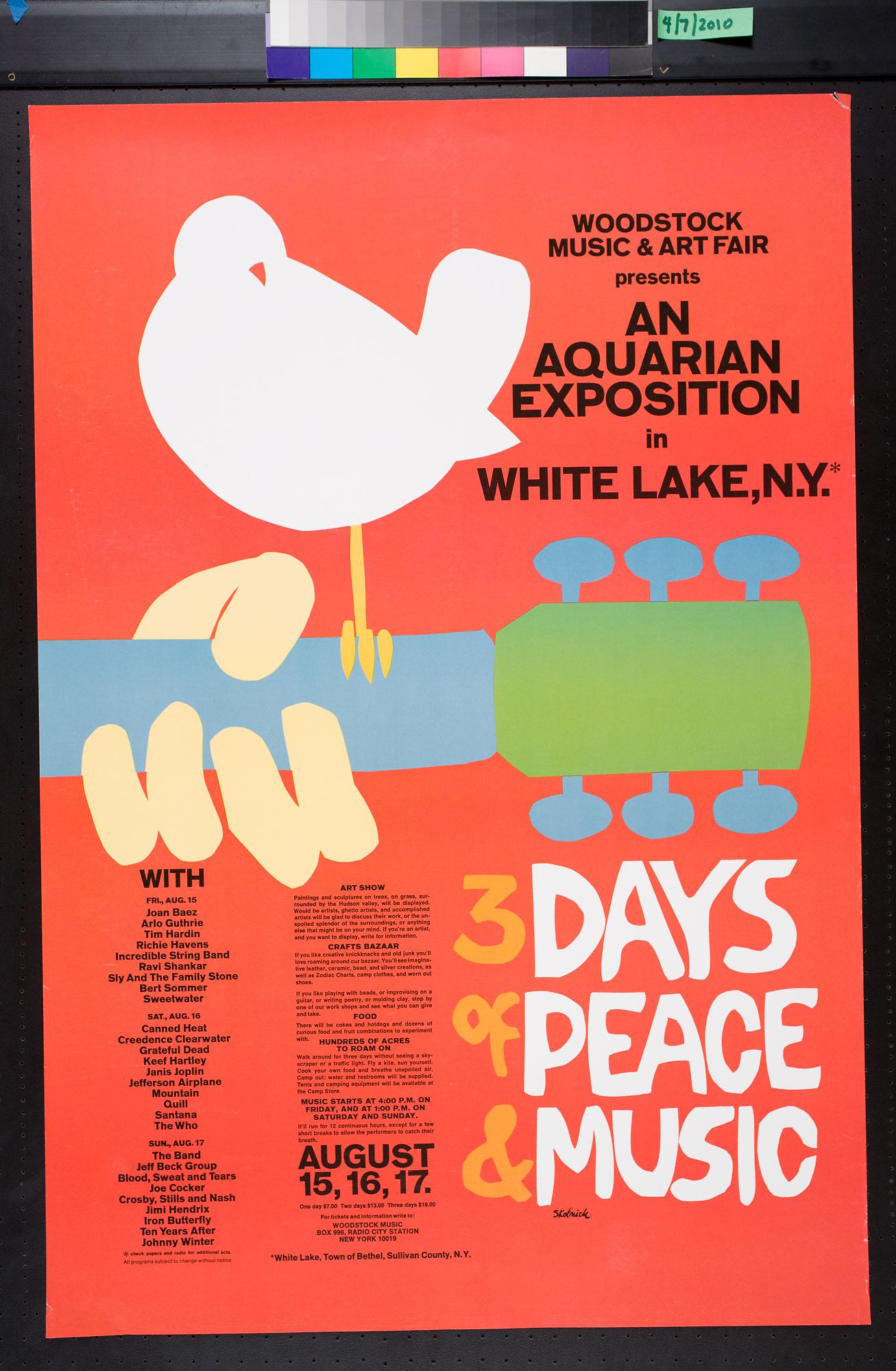 This Week on Finding Your Bliss: October 2nd