This Week on Finding Your Bliss: February 19th 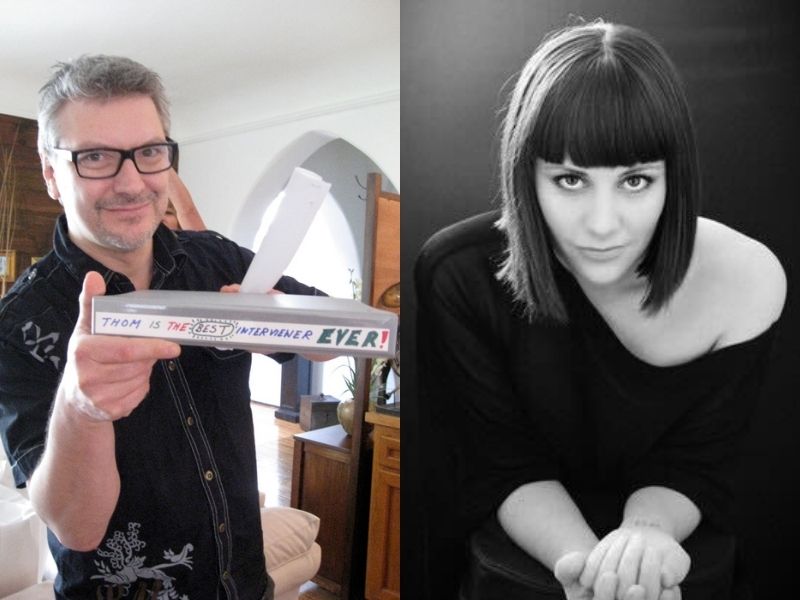 Coming up Saturday on Finding Your Bliss, we have a show devoted to entertainment. This week, Bliss expert and Life Coach Judy Librach is joined by Thom Ernst who is a Toronto based writer, film-critic, producer and broadcaster.

He is an active member of the (TFCA) Toronto Film Critic’s Association and a frequent host/guest at many film events, galas and festivals. He was the voice of The Interviews on TVO’s longest running movie program Saturday Night at the Movies. Thom appears as a regular commentator on The Agenda with Steve Paikin, CBC Radio Fresh Air and CBC Radio Syndication. Thom’s written work has appeared in various publications including The Toronto Star, Playback Magazine, and The National Post.

He currently writes film reviews for the Original-Cin website and appears as a regular guest on Hollywood Suite’s A Year in Film. Thom has his own podcast with the Kingston Canadian Film Festival called Rewind, Fast Forward. And … Thom has a book coming out later this year!

Genevieve “Gigi” Marentette was born in Leamington Ontario, known affectionately as tomato town. Her father is a farmer and her mother is a musician and social activist. As a child, Genevieve bounced around the north and south of Ontario – living communally and creatively. That upbringing helped nurture her free-spirited soul – full of saudade – and also, her love of community – full of duende.

Genevieve spent formative teen years in Detroit, where her family roots go back 265 years. She credits her mom @lindagirard and Detroit’s rich musical history for her unique artistry. After completing a college jazz diploma in Toronto, she traveled and performed extensively in Asia and Europe before returning to Canada in 2014 where she now resides. Gigi has worked with Marc Houle, Theo Parrish, Recloose, David Clayton-Thomas, Jane Siberry and others.

This Week on Finding Your Bliss: February 4th