This Week on Finding Your Bliss: November 5th 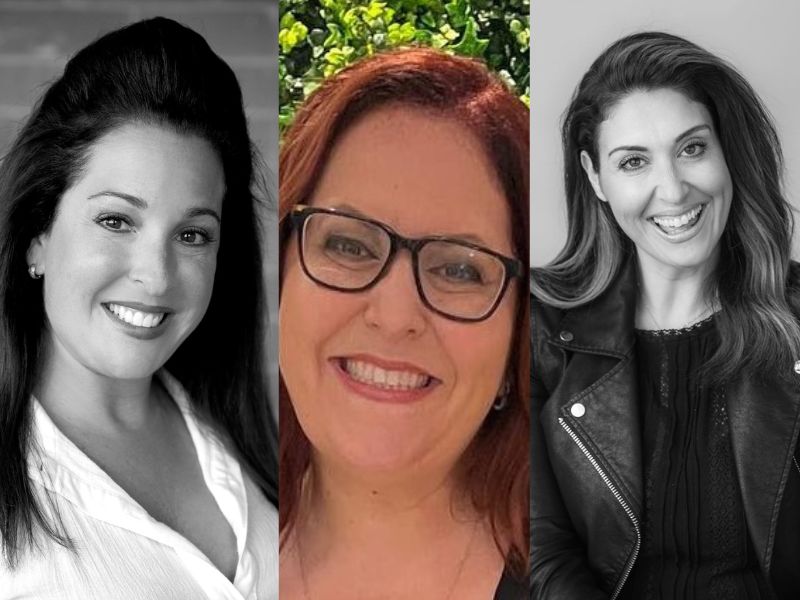 Coming up this Saturday on Finding Your Bliss, Life Coach and Bliss Expert Judy Librach is joined by Marni Brinder Byk and Jodi Yackness from Save a Child’s Heart. to talk about their production of “Levity”, a musical showcase featuring popular songs from Broadway to the top-100 music charts, and hosted by the Food Network’s John Catucci (Big Food Bucket List & You Gotta Eat Here).

“Levity” will be happening on November 26th and 27th at the Leah Posluns Theatre at Prosserman JCC, 4588 Bathurst Street, North York, Ontario. Visit sachcanada.crowdchange.co to buy tickets and find out more about this production!

Marni Brinder Byk has been working as a professional fundraiser since 2002. She started her career at the Koffler Centre of the Arts and the Bathurst Jewish Community Centre (now Prosserman JCC). She has also worked at the National Ballet of Canada, Plan International Canada, and Weizmann Canada, and has been Executive Director for Save a Child’s Heart Canada for over 7 years.

Jodi Yackness has been working as a professional fundraiser since 2015. She started her career in fundraising as a volunteer for various organizations such as Mount Sinai, Beit Halochem and spearheaded/formed the Young Professional Boards for ICRF, Women of Baycrest and Shaare Zedek Hospital. Formerly working in the advertising industry and a fashion buyer prior to that, Jodi has now proudly been the Director of Marketing and Events for Save a Child’s Heart Canada for nearly seven years.

About Save a Child’s Heart

Through programs in Israel and abroad, Save a Child’s Heart provides life-saving cardiac treatment to children from developing countries and trains healthcare professionals from these countries to have the skills to deliver quality care in their home communities.

Save a Child’s Heart saves children with congenital and acquired heart defects who have almost no chance of surviving to adulthood in their native countries.

To date, Save a Child’s Heart has saved the lives of more than 6,000 children from 64 countries in Africa, South America, Europe, Asia, and throughout the Middle East and trained more than 140 medical team members from these countries.

Also on the program, we have singer/songwriter Lisa Sonshine from the children’s musical performance duo “Sonshine and Broccoli”, who will also be performing at “Levity”!

For 21 years, families across Canada have been singing and dancing along with Sonshine and Broccoli, the Juno-nominated duo from Toronto who knows how important it is for children to have music they can call their own.

Described as “brilliant performers whose music and energy are infectious” by Chris Kennedy of the Royal Ontario Museum, best friends Lisa Sonshine and Brock Burford have always made their fans feel like part of the family with their upbeat and interactive performances. Now a mother to two boys herself (Zade and baby Barryn), Sonshine saw during the pandemic how important it is to reassure kids and let them know every day that they are enough.

With their sixth album, Born to be Brave, Sonshine and Broccoli use new songs and exciting collaborations with recent Juno Award Winners Kairo McLean and Kirk Diamond to build confidence, celebrate differences, and encourage kids to allow their own unique star to shine bright.

Sonshine and Broccoli met while they were both attending the Musical Theatre program at Sheridan College. At first, they brought together their voices and Broccoli’s guitar to run music programs for young families, but they soon fell in love with writing original songs to entertain the youngest music fans and parents alike.

Since then, Sonshine and Broccoli have grown into leaders of Canada’s music scene for children, releasing five previous albums and performing at festivals, exhibitions, and community events in British Columbia, Alberta, Saskatchewan, Manitoba, Nova Scotia, and all across Ontario. They have appeared many times on both local and national television and radio programs where they share their music and their positive messages for children.

During the pandemic, Sonshine and Broccoli knew how important it would be for families to continue to enjoy events together in a safe way that would also let kids know that someday things would get back to normal. Sonshine and Broccoli quickly pivoted to online performances, partnering with big brands such as Indigo, Mastermind Toys, and Blue Mountain. They also stayed connected to their fans through online guitar lessons with Broccoli and through social media, where Sonshine also connects directly with other new moms.

Now, Sonshine and Broccoli are excited to bring their live performances back to the stage and to be releasing their sixth album along with a series of music videos.

Having gotten their start helping young children discover their own musical talents, Sonshine and Broccoli were especially thrilled that a chance encounter led to a collaboration with 13-year-old Kairo McLean, who was the youngest nominee and winner ever in the Juno’s Reggae Recording category in 2022. Sonshine and Broccoli’s own album “It’s Cool to Be Kind” was a Juno nominee for Children’s Album of the Year in 2019, and they were named Funky Kids Radio Artist of the Year in 2022 and won Best Children’s Song of the Year for “Spread Your Wings and Fly” in the International Songwriting Competition.

Learn more and connect with Sonshine and Broccoli at www.SonshineAndBroccoli.com

This Week on Finding Your Bliss: December 3rd

This Week on Finding Your Bliss: November 26th

This Week on Finding Your Bliss: November 19th