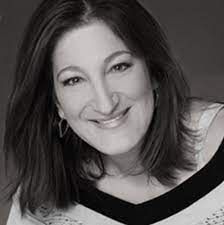 Coming up this Saturday at 1pm on Finding Your Bliss, Life Coach and Bliss Expert Judy Librach is joined by executive producer and series creator Carolyn Meland!

She has created, produced and directed numerous shows and formats including STYLE BY JURY, the number #1 makeover format in Canada, running for 9 seasons, with a total of 186 episodes, BRIDES OF BEVERLY HILLS (TLC & Corus), CHE*F OFF! (Food), TOTALLY TRACKED DOWN (Reelz), ARRESTING DESIGN (W Network), GREAT CANADIAN HOMES (HGTV), CANADOODADAY (CBC Kids) and is the Creator and Producer of the hit series WE BOUGHT A FUNERAL HOME for Discovery+ which follows a Toronto family as they take on the quirky renovation of a 100-year-old funeral home.

The series debuted on October 1, 2022, and was consistently among their top five best-rated shows on the Discovery Platform. She is also the Creator and Producer of BOLLYWED currently in production with CBC and set to air on January 12, 2023, at 8pm.

Her animated family feature screenplay musical, Princess UP! is a 2021 Screencraft Finalist. Her other passion projects include her self-funded documentary REBEL DAD which has been in the works for three years.

Carolyn spent 7 years as a producer-writer at CTV both on the flagship current affairs show CANADA AM as well as CBC’s THE JOURNAL. She has worked as an independent producer for the last 30 years and as a broadcast executive for W Network from 2002-2004.

She has experience across the major genres from kid’s TV, to documentary, scripted, current affairs, animation, and reality television and understands producing from the ground up.

In 2015, she formed HeartHat Entertainment with the goal of producing premium original content that appeals to the head and heart.

This Week on Finding Your Bliss: January 7th