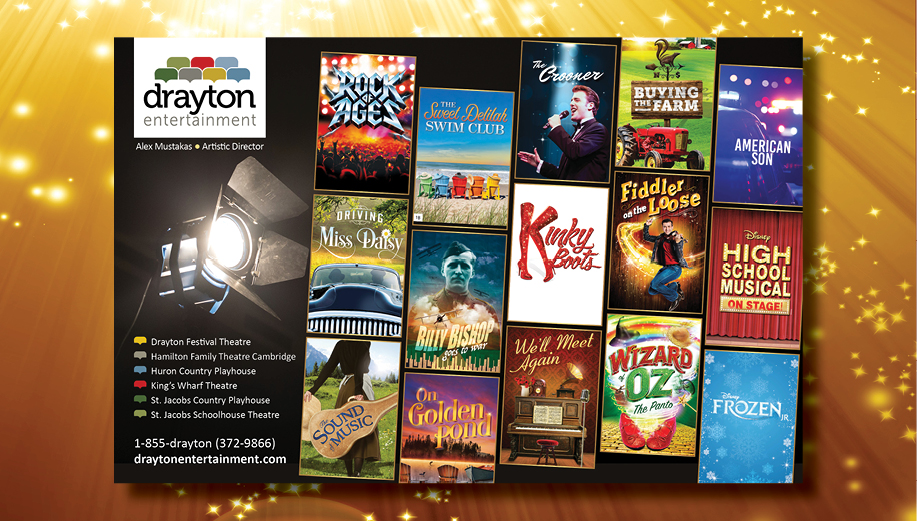 Drayton Entertainment is a registered, not-for-profit charitable organization, and one of Canada’s most successful professional theatre companies.

Wizard of Oz: The Panto (December 1 to December 31)

The Sound of Music (August 17 to September 4)