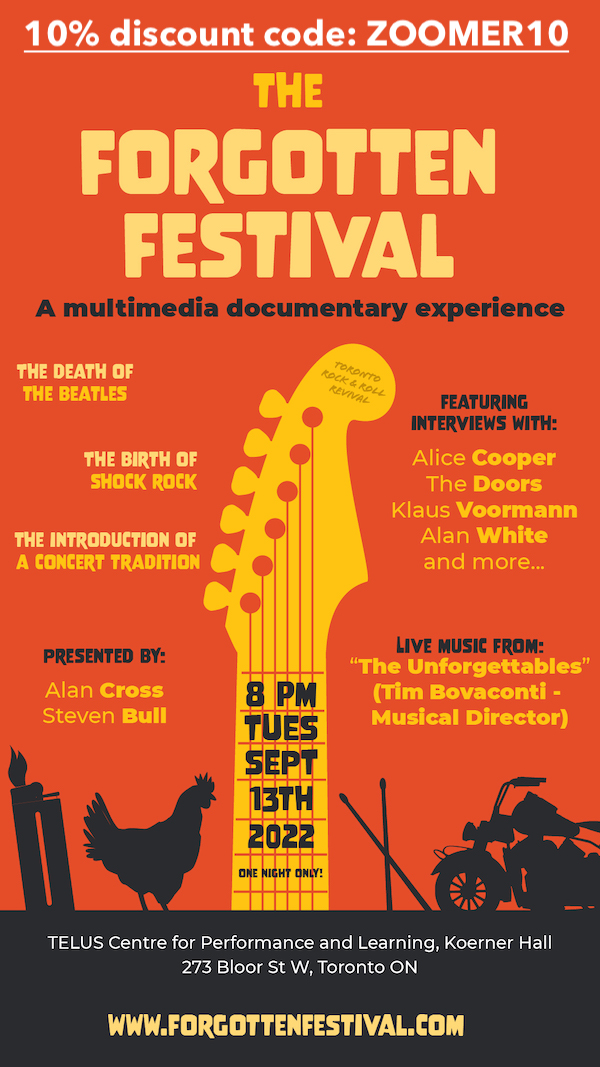 On September 13, 1969 a one-day-only concert in Toronto changed music forever. A one-night-only performance finally shares the stories of the artists who were there! (ZOOMER’s get an exclusive 10% discount)!

Three weeks after Woodstock, the Toronto Rock & Roll Revival has been overshadowed and overlooked despite having changed the music world forever.

Bull travelled from Los Angeles to Germany to sit down with those who were there – including Alice Cooper, The Doors’ Robby Krieger and John Desnmore, The Plastic Ono Band’s Klaus Voormann and Alan White – to record the stories before they are lost forever.

In addition to exclusive filmed interviews with Rock & Roll Hall-of-Famers screened for the first time, an 11-piece live band plays the music you would have heard at this incredible show from Chuck Berry and Bo Diddley to The Doors and Alice Cooper.

A new take on a documentary presentation with the most overdue story in Toronto music history!

For tickets, head to www.rcmusic.com/events-and-performances/forgotten-festival

UnCovered: The Music of ABBA