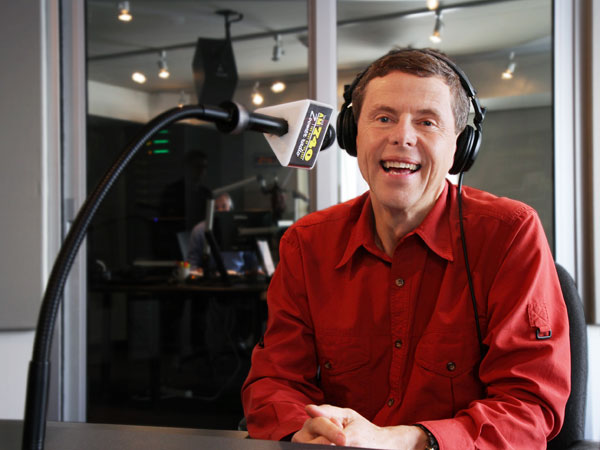 Chris Robinson, host of the Travel Show on AM740 started traveling early. At six years old his parents took him on a three month journey around the world – and he never looked back. As a teenager he traveled the “hippy trail” across Europe to Katmandu.

While studying Geography at Magdalene College, Cambridge he journeyed through South America to write a dissertation on Lake Titicaca – and subsequent to this work he became a Fellow of the Royal Geographical Society. For the next 25 years Chris kept on exploring as he worked for a number of the big tour operators in both Europe and Canada.

Chris began broadcasting back in 1997, and the Chris Robinson Travel Show has become Canada’s most popular Travel Show on radio. After celebrating over 1000 shows Chris has moved to The New AM740.

When not travelling, Chris lives in Toronto with his wife Dara. They have two sons, Phillip and Tim, and the family has travelled together to 40 countries around the world and to all 13 Canadian Provinces and Territories. Chris’ personal total is approaching 150 countries!

For more information on the Travel Show and the destinations it covers, visit
www.chrisrobinsontravelshow.com.
You can also connect with Chris on facebook at
www.facebook.com/ChrisRobinsonTravelShow.