U.S President Barack Obama officially opened the National Museum of African American History and Culture at an outdoor ceremony on the National Mall today, just down the street from the White House. The new Smithsonian museum will be a way to tell the story of blacks in the United States. Obama praised the museum as a pure illustration of the historical contrasts in “the American story … one of suffering and of delight, one of fear but also of hope.” Former President George W. Bush Bush signed the legislation in 2003 authorizing the museum. He said it will inspire the nation to “go farther” on its journey toward justice. Speaking at Saturday’s dedication ceremony, Bush said the museum tells the truth, that a country founded on the promise of liberty once held millions of people in chains. Bush said a great nation does not hide from its history. Obama was joined at the museum by his wife, Michelle, and former Presidents George W. Bush and Bill Clinton. 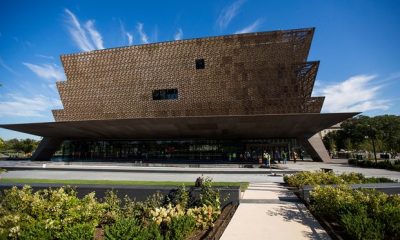