Researchers claim the first hints of cognitive decline may reveal themselves in an artist’s brush stroke years before dementia is diagnosed. The claim, by psychologists who studied renowned artists like Claude Monet and Willem De Kooning, say the clues are in the brush strokes. Monet aged without signs of mental decline, but de Kooning was diagnosed with Alzheimer’s disease a decade before his death. Alex Forsythe from the University of Liverpool, analysed more than 2,000 paintings from seven famous artists. She points to the work of De Kooning, who was diagnosed with Alzheimer’s after his death in 1997. Her study reveals that his brush strokes began to change in an unusual way as many as 20 years before his death. But her investigation reveals that with Picasso, who died free of any neurological disease, his brush strokes remained constant throughout his life. Forsythe says while her study likely won’t become a tool for diagnosis, she thinks it may convince people to investigate new directions for research. 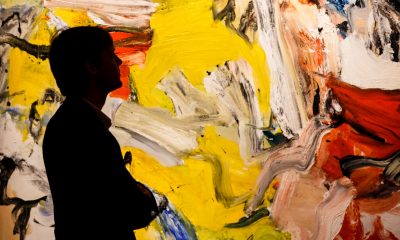