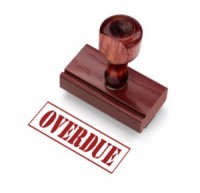 An American who loves libraries, found two books more than four decades overdue at his parent’s vacation cabin in Ontario. Jon Kramer of Minneapolis was searching through his deceased parents’ library last month at the cabin near the Minnestoa-Ontario border, when he found a camping book and a cookbook that had been checked out of a library in the 1970’s. The books were borrowed from a library in Maryland.  Kramer sent the library a cheque for $1,550 to cover the  late fees for the two books. Kramer says he’s keeping the books but will be willing to continue paying for the books’ late fees in the future. He remembered his family’s trips to the library fondly.