Star Wars creator George Lucas is building a new museum featuring his extensive personal art collection that includes 40,000 paintings, illustrations and film-related items. The 72-year old Zoomer is financing the project himself with more than $1 billion. He’s been an avid art collector for 40 years and considers this museum his legacy. His collection includes dozens of Norman Rockwells, works from French impressionist Edgar Degas and American contemporary artist Keith Haring. After several false starts, Lucas and his team decide later this month whether to put the museum in San Francisco or Los Angeles – a decision that’s creating a California rivalry. Art historians call the museum an enormous philanthropic gift to the world. It will not, as many assume, be a repository for Star Wars memorabilia. The museum gets its pick from 30,000 film-related pieces including storyboards and costumes from The Wizard of Oz, Casablanca, and of course, Star Wars. 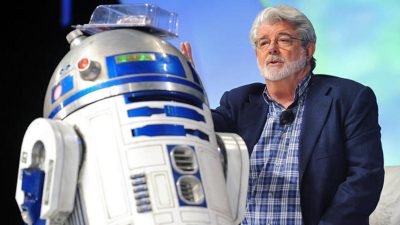