SPECULATION FORD MAY RUN FOR MAYOR 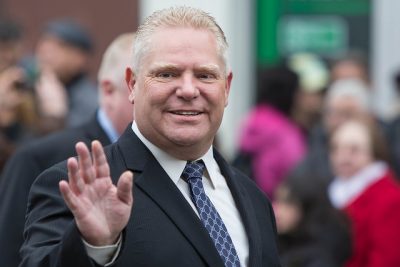 Former Toronto city councillor Doug Ford is hinting he may run for the city’s top job in the next municipal election. However, he’s still being coy with the media when asked if he’ll run for mayor in 2018. There’s renewed speculation Ford may run after a series of robo-calls went out to Toronto residents inviting them to a town hall meeting Monday night to discuss taxes. Ford teamed up with councillor Giorgio Mammoliti to send out the automated calls. When asked by the Toronto Sun if the robo-calls signal his future plans to run for mayor of Toronto, Ford said he’s definitely considering it, but added “lets see where the chips fall.” Monday’s meeting comes days before council finalizes the 2017 budget. Ford ran unsuccessfully against current Mayor John Tory in 2014 after Doug’s brother, the late Rob Ford, was diagnosed with cancer.