Rallies are planned in a number of cities across Canada — including Toronto, Montreal and Victoria — to protest the Trudeau government’s change of heart on electoral reform. During his recent town hall tour of northern communities, Prime Minister Justin Trudeau was asked about his decision. Facing criticism and some boos — the P-M answered that reforms would not be in the country’s best interest. He suggested any changes could open the door to extremist voices and fringe elements. Green Party leader Elizabeth May will speak at a rally in Victoria. 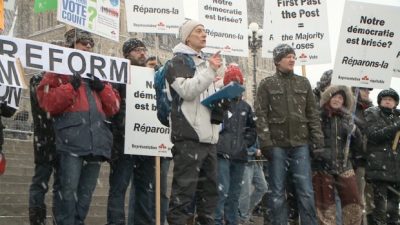