PRINCE AND PRINCESS OF POT ARRESTED AFTER APPEARANCE ON 'THE ZOOMER' 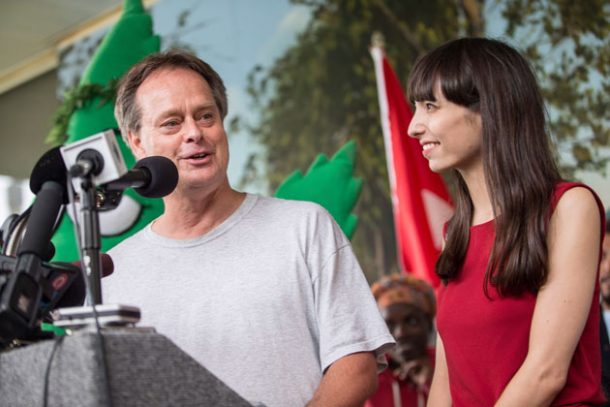 Prominent marijuana activists Marc and Jodie Emery have been arrested in Toronto and police raided seven pot dispensaries connected to the couple.

The arrests and raids have prompted questions in Ottawa, where the government has promised to legalize and regulate the sale of marijuana.

Prior to her arrest, Jodie was interviewed by the Zoomer on our sister station Vision TV for an upcoming show about the legalization of pot.

In total, Toronto Police say 11 search warrants were being executed in Toronto, Hamilton and Vancouver as part of a project targeting marijuana dispensaries.

Marc and Jodie Emery own the Cannabis Culture brand, which is used by a chain of  marijuana dispensaries in Ontario, Quebec and B.C.