NOT ALL ELECTRIC VEHICLE CHARGING STATIONS WILL OPEN FOR BUSINESS FRIDAY

The Ontario government won’t make its self-imposed deadline of the end of this month –  to have a network of almost 500 electric vehicle charging stations up and running. 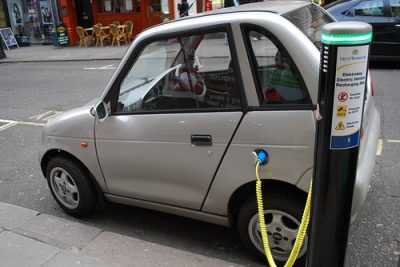 Officials with the Ministry of Transportation say about two-thirds of the stations will be functioning by Friday – and the rest of them should be in place by the autumn.

The chargers are being installed with 24 private and public-sector partners.

Transportation Minister Steven Del Duca says some have been delayed by the permit process and technical issues.

The Wynne Liberal government is putting $20 million into the charging stations to help address so-called “range anxiety” – which is often cited as a barrier to people buying  electric vehicles – because they worry about the distance the vehicle can travel.

The almost 500 stations include about 300 Level 2 chargers – which fully charge a vehicle in about four to six hours – and about 200 Level 3 chargers, which power up a vehicle to 80 per cent – in about half an hour.

Del Duca says a map on the ministry’s website – showing charging station locations –  should be updated within the next few days.