SEARCH FOR CANADA'S NEXT ASTRONAUT

Canada’s space program has revealed a short-list of candidates who could be the next Canadian astronaut and five are from Ontario. Science and Innovation Minister Navdeep Bains was in Toronto Monday to announce the 12 men and five women candidates who will undergo final assessments as part of the Canadian Space Agency competition. 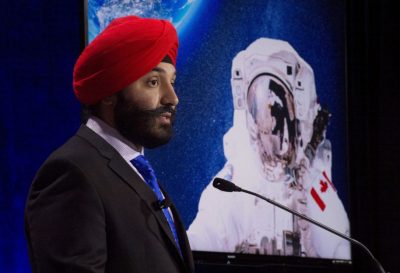 Four other candidates are from Alberta, three from Quebec, and one each from New Brunswick, Nova Scotia, B.C., and Manitoba. The selection process comes as Canada prepares to join other space agencies from around the world in future deep-space missions. The final candidates face rigorous testing to see how they cope under pressure. Some of the scenarios include fighting fires, battling a sinking ship and escaping form a capsule that has landed at sea.