Prime Minister Theresa May is has arrived at Buckingham Palace to ask the Queen for permission to form a government even though her Conservative Party lost its majority in the House. May will need the support of another party or group of parties to command a majority. Thursday’s vote, which left Britain with a hung Parliament, also saw the U-K Independence Party lose its only seat in the House of Commons. The Labour Party did much better than most forecasters predicted and party leader Jeremy Corbyn says he stands ready to form a minority government. The shocking result comes a year after voters opted to leave the E-U in a shock to then Prime Minister David Cameron. May called the vote in April to try and strengthen her party’s position ahead of Brexit negotiations. 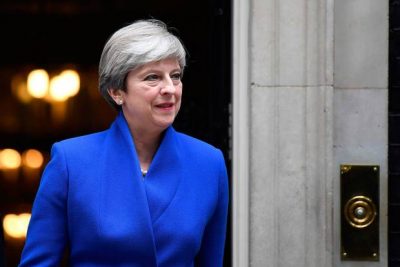