Ontario has announced an appeal court judge who will head a public inquiry into the policies, procedures and oversight of long-term care homes after a nurse admitted to killing eight seniors in her care. Ontario Justice Eileen Gillese has been asked to examine the circumstances and systemic issues surrounding the deaths and injuries at the hand of former nurse Wettlaufer, who pleaded guilty to eight counts of first-degree murder, four counts of attempted murder and two counts of aggravated assault of patients over the course of nearly a decade. The inquiry’s final report is to be delivered to the province’s attorney general by July 31, 2019 and made public. Carp-a new vision of aging-has been demanding the public inquiry saying the Wettlaufer case has severely shaken peoples’ confidence in long term care homes in the province. 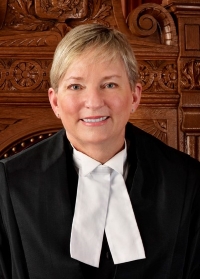