Officials have identified the Canadian man killed in Thursday’s terrorist attack in Barcelona. Ian Moore of Vancouver is being remembered by his daughter as living an active lifestyle alongside his wife of 53 years. 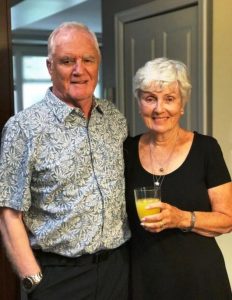 Fiona Wilson, a Sgt. with the Vancouver Police, says her father was compassionate, generous, loved a good book and a proper-sized pint. Wilson’s wife Valerie is among the injured. Thirteen people were killed and more than 100 injured in the attack. Officials in Ottawa say they’re in touch with the families of four Canadians injured in the attack. Four people have been arrested as part of the investigation.