Jerry Lewis has died at the age of 91. 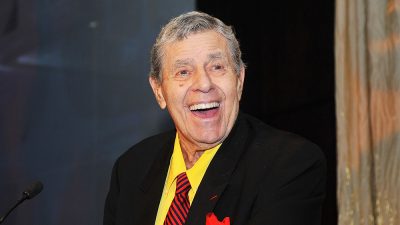 The actor/comedian became an American entertainment institution, first as a slapstick comedian and then as the 45-year host of the annual TV telethons that raised a staggering $2.6 billion for muscular dystrophy research. He once commented that he gets paid for what most kids get punished for. The iconic comic partnered with Dean Martin in the 1950’s and later starred in The Nutty Professor before he launched the telethon. He died in Las Vegas at 91. He was hospitalized in June after an infection and battled numerous illnesses in his later years. As of 2016, he continued to perform in Las Vegas, where he first did his comedy routine in 1949. He was hugely popular in France, where he received the Legion of Honor award in 1983.