Comedian and social activist Dick Gregory passed away in Washington after being hospitalized for about a week with a severe bacterial infection. 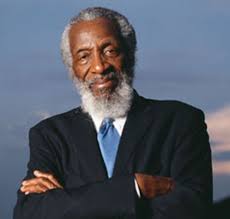 In the 1960’s, he used comedy to spread messages about social justice and health. Gregory also ran for president in 1968 as a candidate with the Peace and Freedom Party. He was one of the first black comedians to find mainstream success with white audiences. 1962 marked his first exposure to activism when he joined a demonstration for black voting rights in Mississippi. He once said he viewed activism as a higher calling. Dick Gregory was 84.