Justin Trudeau targeted Tories in remarks he made Monday at Toronto’s ‘Women in the World’ conference. The Prime Minister said it’s disheartening to see Conservative politicians pushing back on issues like gender equality in NAFTA talks. The Prime Minister added he faced the same pushback when he appointed his half-female cabinet in 2015. Trudeau says it’s his goal to tackle the “hidden attitudes” that lead to inequity, but noted that it will take generations to have an impact adding Canada has a long way to go to shift attitudes. 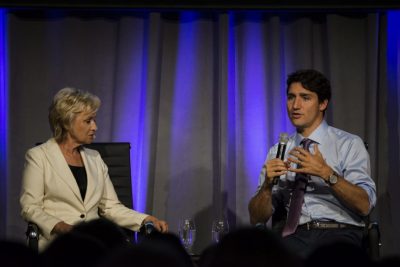