Former “Let’s Make a Deal” host Monty Hall has died at 96. He died Saturday morning of heart failure at his home in Beverly Hills, California. Hall, who was born in Canada, co-created the popular game show “Let’s Make a Deal,” which debuted on NBC in 1963 and became a TV staple for decades. Hall asked contestants the famous question question “Do you want door number 1, number 2 or number 3”? Contestants chosen from the studio audience wore outlandish costumes to attract Hall’s attention. The game involved swapping prize items for others hidden behind doors, curtains or in boxes. Hall enjoyed his fame and never turned down an autograph or a chance to use his name to help others. It’s estimated he raised nearly $1 billion for charity over his lifetime. He grew up in Winnipeg and got his start in the entertainment industry in Canada before moving to the U-S. Manitoba Premier Brian Pallister says Hall brought comfort and joy to so many, while Winnipeg Mayor Brian Bowman called him the Manitoba capital’s ambassador in Hollywood. Just a few months shy of his 92nd birthday Hall was presented with a lifetime achievement award from the Daytime Emmys in 2013. 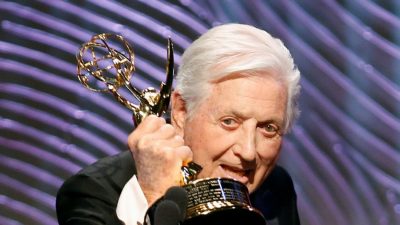