A final vote is expected today at Toronto City Hall on the Bloor Street bike lanes. Today’s vote determines whether or not to make the lanes permanent in a decision that’s been years in the making. 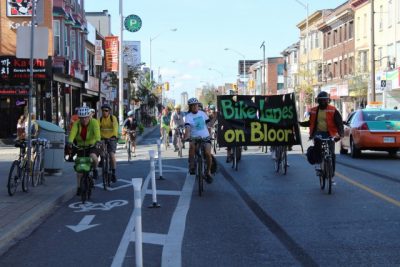 Councillor Mike Layton, who supports to motion, says it’s clear the year long pilot project has been a huge success. There’s still the chance that council members who oppose the 2.4-kilometres of lanes lanes between Avenue Road and Shaw, will move motions to modify the design. Mayor John Tory supports the bike lane project, which will eat up 160 parking spots. Also on city council’s agenda; fare integration plans between the TTC and GO transit, funding for refugees arriving in Toronto, and recommendations about how the city handles controversial rallies in public spaces like Nathan Phillips Square.