New York Police have now launched a criminal investigation into Harvey Weinstein’s actions against women. But it doesn’t mean there will be criminal charges in the near future. So far more than 75 women have publicly accused Weinstein of a range of inappropriate behaviour, ranging from requests for massages to rape.Even though no charges have been filed, Weinstein has already hired two high-profile lawyers to defend him, should he be charged in New York. 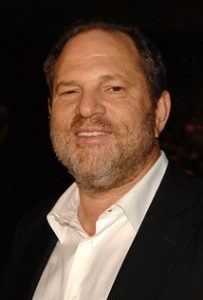 Meanwhile, there are more allegations of sexual misconduct rocking the entertainment world. This time, it involves popular comedian Louis C-K. His publicist now says he will release a statement in coming days, after initially telling the New York Times that he would not answer any questions. In light of the news, the New York premiere of his new film was cancelled and his scheduled appearance this week on “Late Show With Stephen Colbert” was also scrubbed.