Toronto Mayor John Tory says he’d like to form an east coast alliance of tech companies. That’s why he’s in New York this week, along with the Mayors of Mississauga and Brampton trying to drum up business. Tory says the targets of the trip are New York-based companies in the technology, agri-business and life-sciences field. The Mayors will likely make a direct pitch to Amazon to locate their second North American Headquarters in the GTA. Toronto, along with it regional partners, has submitted a nearly-200 page bid making the case for what Amazon has dubbed “HQ2,” which would bring some 50-thousand high paying jobs and a 5 billion dollar investment. 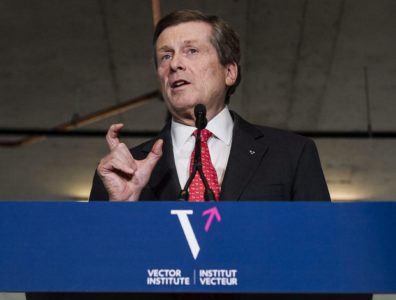