Ontario municipalities may be able to opt out of marijuana stores when cannabis is legalized next summer after all. The province appears to be doing an about face on an earlier statement that communities won’t have a choice in the matter. Friday, a spokeswoman for Ontario’s Finance Minister said communities could delay, but not refuse to host a marijuana shop. But hours later, the spokeswoman said the government still hasn’t made a decision on the issue. It follows a statement by Richmond Hill officials who are putting the brakes on pot stores and say they’re not willing to host one of the stores after Ottawa legalizes recreational pot next Canada Day. 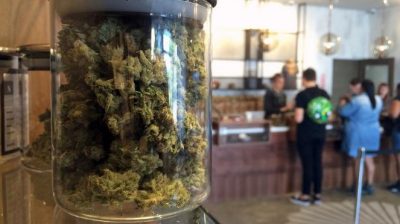