FLU RATES UP SLIGHTLY ACROSS CANADA

The flu has already claimed the lives of 54 Canadians so far this season and more than 15 thousand cases reported. Health officials say national flu numbers are up slightly this so far this year. And more cases of influenza B are being detected. B-C’s health officer, Doctor Perry Kendall, says the season usually begins with lots of cases of influenza A and later on, the B strain becomes more prevalent. But he says this year, the strains are being detected in fairly equal numbers early in the season. In the United States, the Flu appears to be peaking. Health officials are still encouraging people to get the flu shot, as we’re just at the beginning of the influenza season. 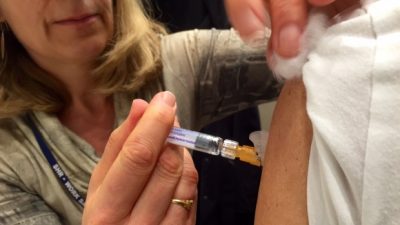