'ME TOO' MOVEMENT GETS PBS TV SERIES

PBS will air a five-part series about the sexual misconduct crisis to bring attention to the issue and focus on how to make positive and lasting change. 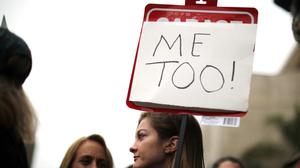 Hosted by the founder of the humanitarian organization Women for Women International, the series will include reports and conversations on how race and class figure into the issue. The series debuts on Feb. 2nd and will feature men, women, activists and leaders from media and business. The ‘Me Too’ movement was triggered by allegations of sexual misconduct against prominent men including Harvey Weinstein.