The Rock and Roll Hall Of Fame Induction Ceremony took place Saturday night in Cleveland. Zoomers will be familiar with many inductees including New Wave pioneers The Cars. Frontman Ric Ocasek acknowledged a little family help during his early years, thanking his wheelchair-bound grandmother who he says forced him to sing for her friends at the retirement home when he was just 5 years old. After a long wait, the Moody Blues were inducted along with Bon Jovi and soul singer Nina Simone. 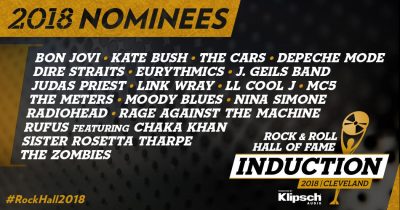