Harvey Weinstein was formally charged with rape and other sex charges Friday in a New York City court. 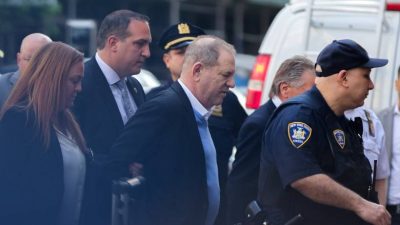 But the lawyer for the disgraced film producer  believes his client will ultimately be exonerated. Benjamin Brafman told reporters that Weinstein didn’t invent the Hollywood casting couch. He went on to say he doesn’t believe a jury would believe the accusers if potential jurors are not consumed by the METOO movement. More than 75 women have accused Weinstein of wrongdoing, and authorities in California and London are also investigating assault allegations.