If you’re feeling election campaign fatigue, it’s one down, two to go! The next federal election is just 15 months away and the governing Liberals are already gearing up. Nominations for the October 21st, 2019 contest begin on Wednesday, starting with the acclamation of Economic Development Minister Navdeep Bains in his Mississauga riding. 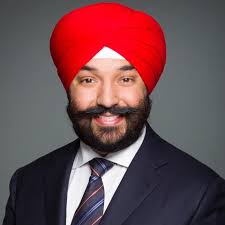 The municipal election campaign is also ramping up. On Saturday, Toronto Mayor John Tory starting canvassing door-to-door after officially kicking off his campaign in May. He was joined by over 100 volunteers and the Mayor tweeted the rain didn’t dampen their spirits. 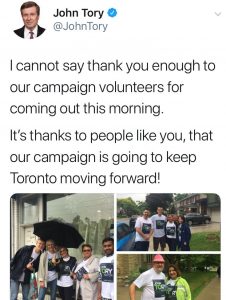 Tory has the support of over 1,000 volunteers and raised over $1 million to date.The so-called transit mayor says if re-elected, he’ll continue to fight for his top priorities that include transit, traffic, affordable housing and more. The municipal election is October 22.