It has been a big year so far for Zoomer Willie O’Ree. 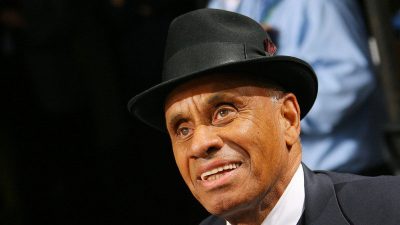 He marked 60 years since becoming the first black player in the National Hockey League but there’s one more honour for O’Ree. The league will announce Tuesday if he’ll be among this year’s inductees into the Hockey Hall of fame, as a builder. O’Ree’s true legacy will be the work he continues to do with the Hockey is for Everyone program to encourage children of colour to play the game. O’Ree says he plans to stay close to the phone at his home in San Diego tomorrow, hoping to get a call from Lanny MacDonald the chairman of the Hall of Fame board. The submission requires at least 13 of the 18 board members to support it.